The YBB is on the brink of extinction and urgent conservation management and practices must be planned and implemented to safeguard this species. A group of researchers and conservation organizations from range countries have stepped up research and conservation efforts in recent years in response to alarming rate of decline in YBB across its global range.

Mongolia is one of the few countries that still support breeding Yellow-breasted Buntings. However, the species is not well known and no specific research was previously conducted in Mongolia. Thus available information of the species is largely outdated. Due to recent dramatic changes of the conservation status, the information of the Yellow-breasted Bunting in Mongolia needs to be updated and revised. 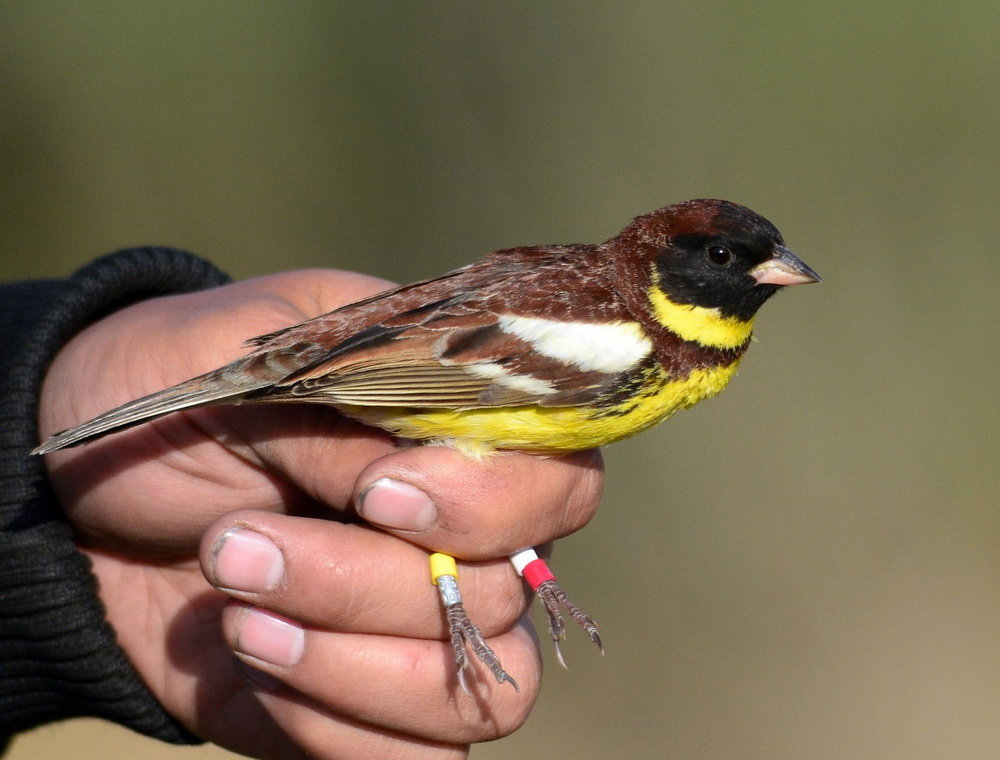 WSCC of Mongolia organized a volunteer based survey in 2016 to search for breeding YBB pairs and identify potential long term ecological research and population monitoring site in Mongolia. The survey resulted several YBB nesting locations, but none of them had sufficient number of breeding pairs for long term study. In 2018, we organized another survey in Khurkh River Valley in collaboration with Hong Kong Birdwatching Society. We found at least 20 singing male Yellow-breasted Buntings in the Khurkh Valley and it is likely that the breeding population might well be 20 pairs and more in this area. It is a good sign that this place is important and holds a good number of pairs. Also, the direct threats to buntings and the habitats were not very high, nor immediate, but there is presence of nest predation. We continue monitoring territorial males and started color ringing and geolocator study. Public awareness and education shall also be streamlined in Mongolia for engaging more public to support protecting this species. 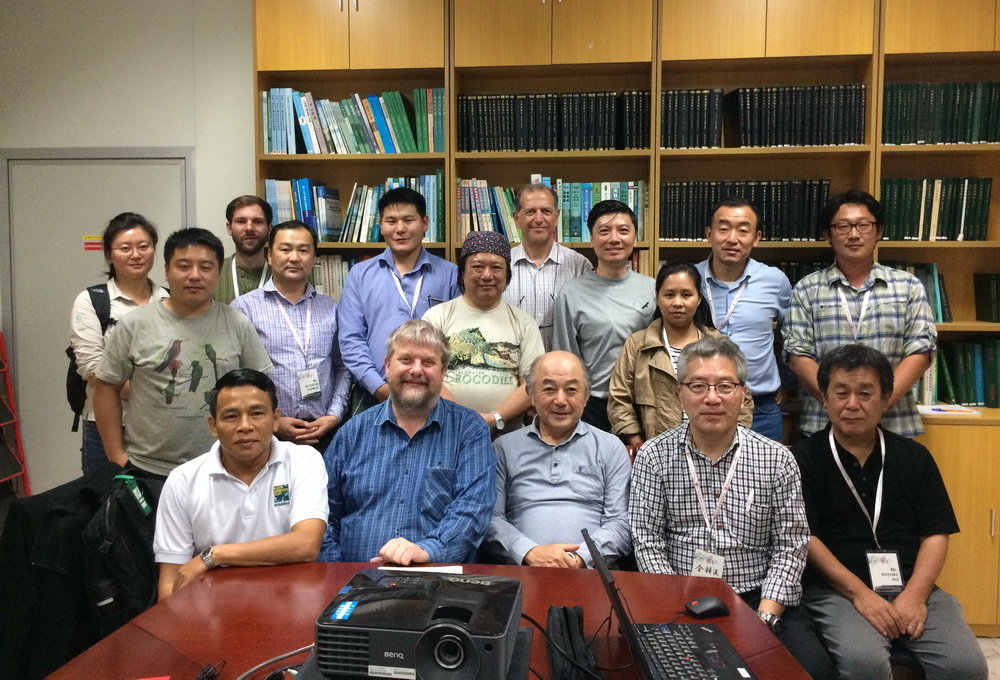 An International Workshop on the Yellow-breasted Bunting and Migratory Landbird Conservation took place on the 2-4 November 2016 in the city of Guangzhou, in the province of Guangdong, China. The workshop identified a number of reasons for this decline. The most relevant one is the intensive trapping in the wintering grounds, especially in China where this bird is trapped for food. Addressing the problem of illegal trapping was the main topic discussed and the meeting agreed a number of priority measures which will be included in the Action Plan, including increasing the legal protection in China. Recently the Yellow-breasted Bunting has been placed in highest level of protection status in China.

BirdLife: Is the Yellow-breasted Bunting the next Passenger Pigeon?, click here