Home Our work Research and monitoring Birds and power lines 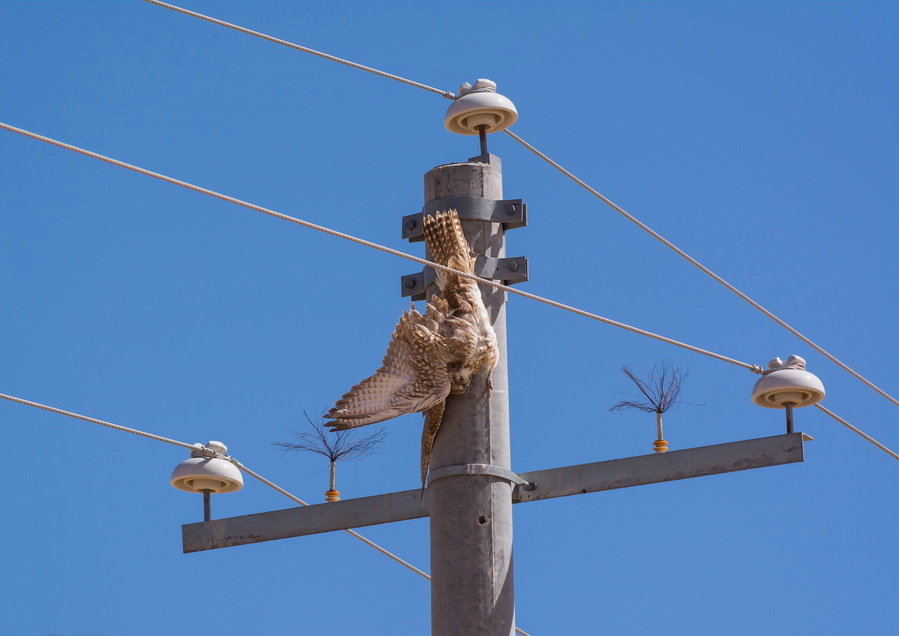 Electrocution in the Mongolian steppe is resulted from birds contacting live conductor cables either when perched at the top of the grounded steel-reinforced concrete pole or when perched on the steel crossarm.

A faulty design approved by government agencies and lack of government regulations to ensure safety of birds and transmission lines are to blame for this massive scale raptor electrocution in Mongolia. Unfortunately, the problem is not a local issue, it is a nationwide problem for conservation and the cost of fixing it going to be a huge burden on the economy.

We have been most active working with both national and international stakeholders to raise awareness of the issue and conducted trials of mitigation techniques aimed at reducing avian electrocution rates in the steppe. In March 2017, we organized first national workshop on raptor electrocution in Ulaanbaatar bringing together power line engineers, conservation organizations, and scientists to discuss the issue. Participants delivered a series of recommendations to the government for actions. Eventually, much needed support became available from different sources and many important actions are being taken at all level.

Avian collision with power lines is well documented phenomenon worldwide and it is estimated that the bird fatalities due to colliding with power structures, including transmission and distribution lines, could reach several billion annually.

As Mongolia's energy sector and their associated infrastructure grows, potential threats to birds are increasing as well. Especially the risk of birds to collide with overhead wires are exponentially growing every year because the power grids are expanding linking towns, businesses, and new mine sites in rural areas. Mongolia is home to many large and threatened birds such as Great Bustard, Houbara Bustard, Cinereous Vulture, Golden Eagle, Steppe Eagle, and several species of cranes that might significantly be impacted from energy sector expansion. 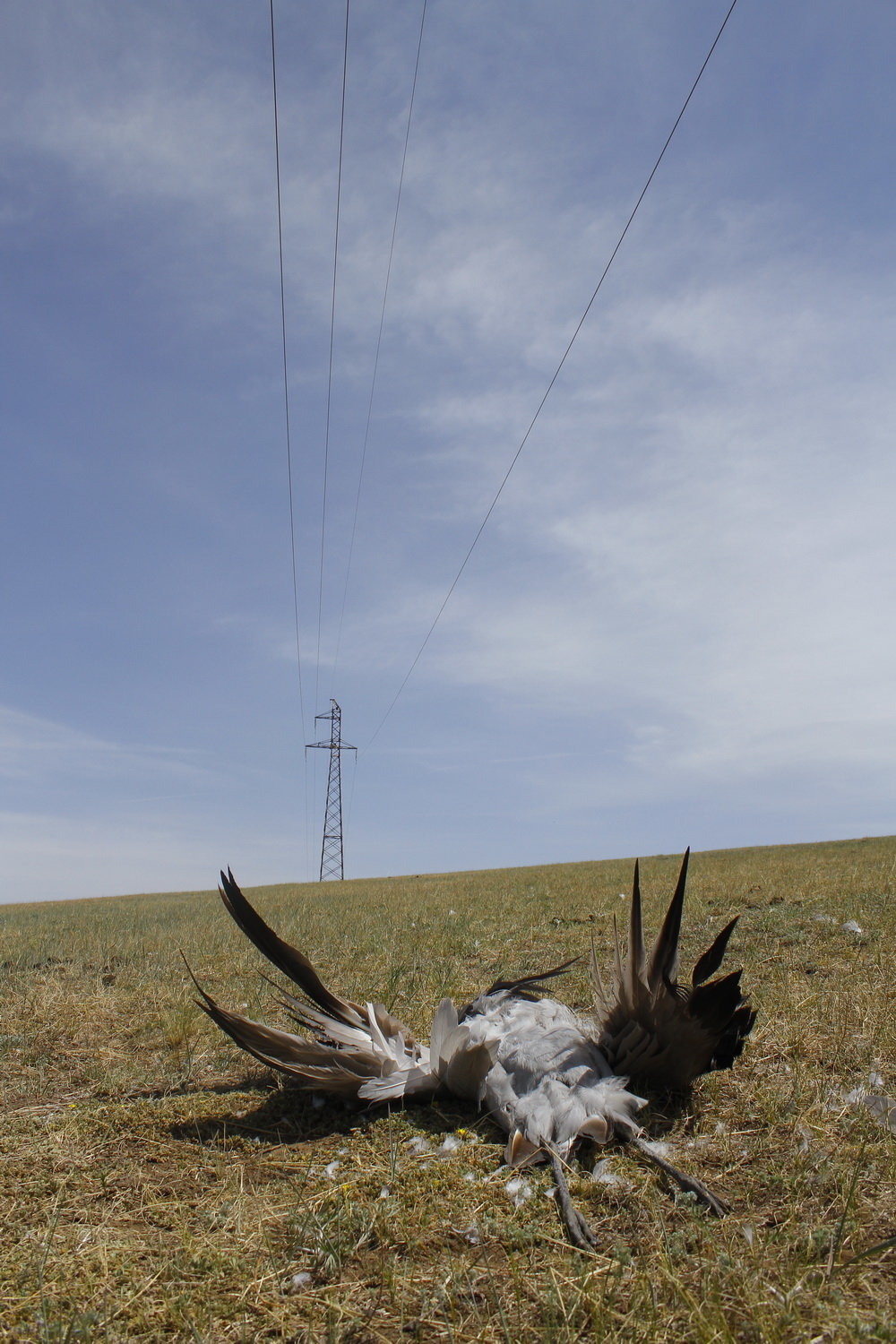