Since the Qhinghai Lake outbreak in China in 2005, Highly Pathogenic Avian Influenza (HPAI) H5N1 has become one of the most serious animal disease problems in the world. This is because of the concern for its potential to cause a human pandemic. Following the rapid spread of the HPAI H5N1 virus across Asia, Europe, and Africa and the reports of mortality events in humans, poultry and migratory wild bird species, surveillance activities for avian influenza viruses has increased significantly in many countries. 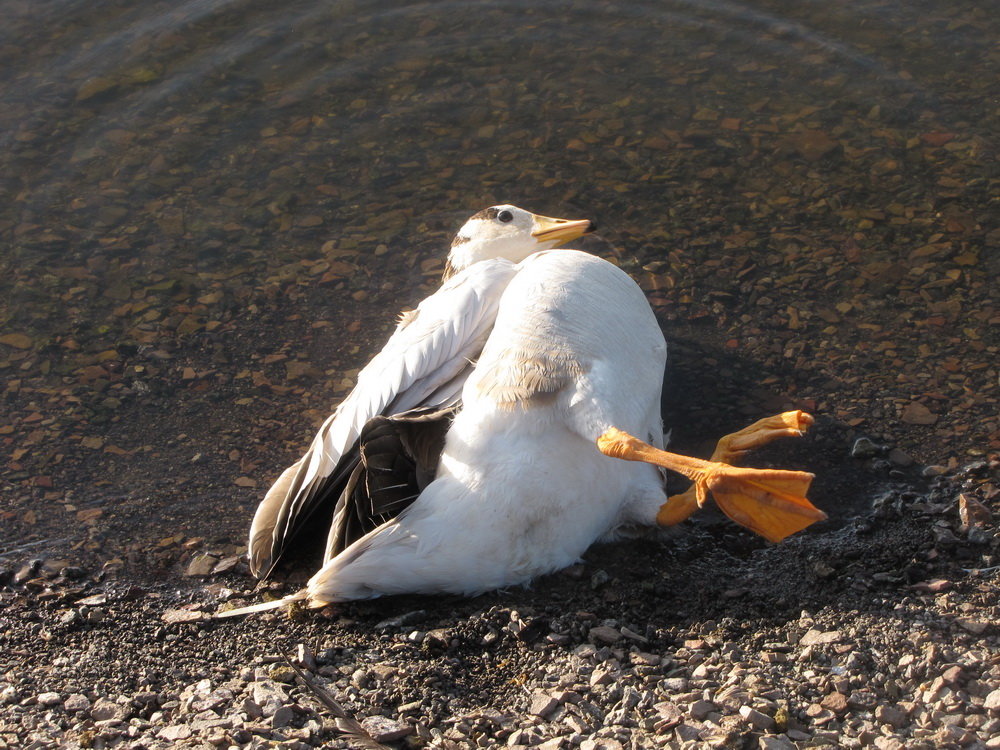 Because every year millions of birds migrate through Mongolia between their Arctic breeding grounds and the wintering grounds in the south, Mongolia plays a very unique position in global avian influenza research and surveillance. The country also has very low densities of domestic poultry compared to other countries affected by HPAI virus. However, Mongolia was the second country to report wild birds infected with the H5N1 virus. So far there have been 10 HPAI incidents in Mongolia since 2005 all in wild bird populations. The latest research indicates that migratory birds most likely introduced the H5N1 virus into this country.

Locations of HPAI outbreaks in Mongolia since 2005 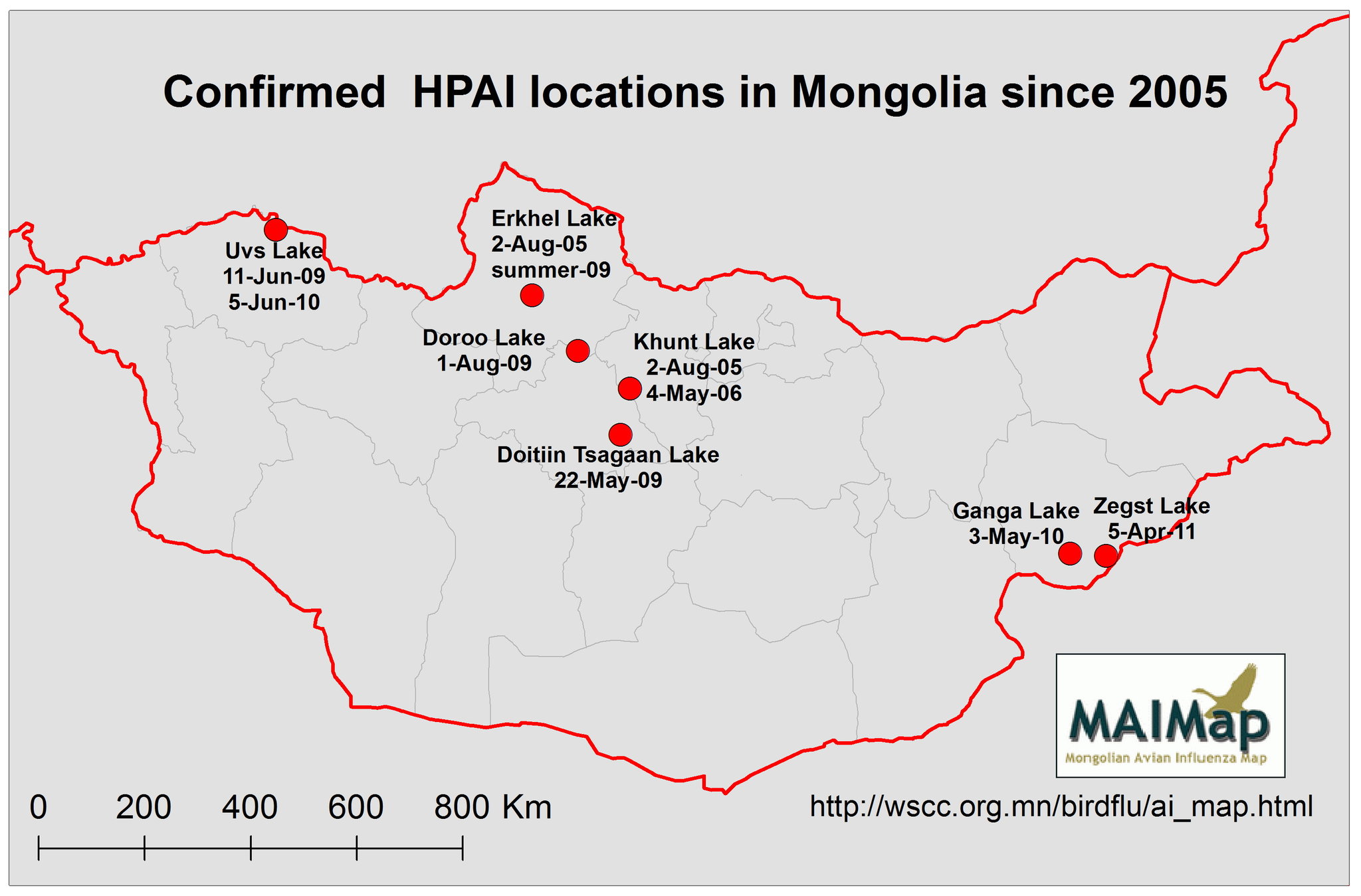 In 2006, The Government of Mongolia approved the National Strategy to Prevent and Control Avian Influenza Pandemics. One of the goals of the plan is to expand research on the epidemiology of influenza in wild birds, in order to understand and prevent the spread of this disease among birds and humans. Within the framework of the NSPCAIP, several research groups have been conducting field surveillance activities throughout country to identify HPAI outbreak locations, determine the virus prevalence in wild birds, and investigate the role of wild birds in transmitting the virus and map to bird migratory flyways.

WSCC of Mongolia is one of the key collaborators of several international projects funded and implemented by the United Nations-FAO Wildlife Health and Ecology Unit, US Department of Agriculture - APHIS/WS National Wildlife Disease Program, and US Geological Survey (USGS) - Western Ecological Research Center to study avian disease ecology and migration of waterbirds throughout Mongolia. Within these collaborations, our teams have captured and AI sampled over two thousand wild birds and marked many birds with satellite transmitters, GPS loggers, neck collars, and color and metal leg bands to study their migration and identify wintering locations.

In 2009, WSCC team documented a HPAI outbreak at Doroo Lake in northern Mongolia. Samples collected from this location was HPAI positive.