Vultures are under extreme pressure from a range of human activities, such as direct and indirect poisoning, habitat loss and degradation, decreased food availability, electrocution and collision with power grids, and human disturbance. Drastic and widespread vulture population declines in recent years in Asia and Africa are reflected by IUCN Red List status: the majority of species of Old World Vultures are now considered ‘Endangered’ or ‘Critically Endangered’ (CMS 2019).

In November 2014, CMS Parties agreed to develop a Multi-species Action Plan to Conserve African-Eurasian Vultures (Vulture MsAP) under the auspices of a CMS Memorandum of Understanding on the Conservation of Migratory Birds of Prey in Africa and Eurasia (Raptors MOU). The overall aim is to develop a comprehensive, strategic Action Plan covering the whole geographic ranges (128 countries) of 15 species of Old World vultures to promote concerted and collaborative international conservation actions. After long discussions and an in-depth development process, the Vulture MsAP was adopted by CMS Parties at COP12, held in Manila, Philippines on 23 - 28 October 2017.

The objectives of the Vulture MsAP are to:

Mongolia supports the largest wild population of Cinereous Vultures in the world. The species is widespread throughout the country and the population is thought to be stable or increasing. This situation is unusual because throughout the world most cinereous vulture populations are declining.

With support from the Peregrine Fund, a non-profit organization based in USA, we established a long-term research and conservation program for Cinereous Vulture in Mongolia. The program includes studies of nesting habitat requirement, food availability, survival, feeding habit, nestling growth, home range, foraging patterns, and migration. A long-term population monitoring site was set up in Erdenesant in central Mongolia. 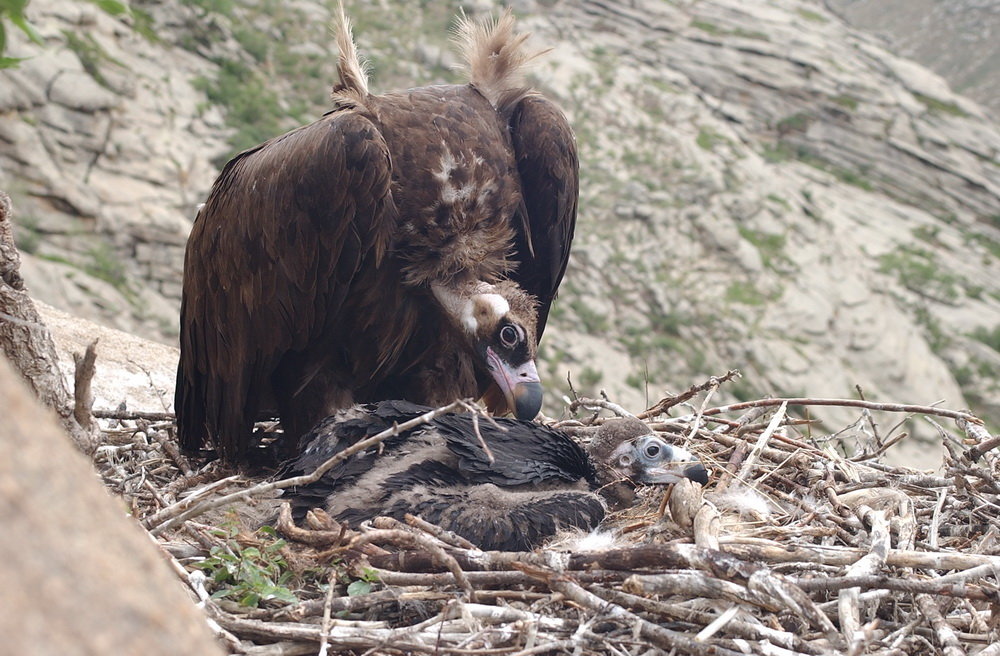 Our study found that although Mongolia contains plenty of nesting sites for the Cinereous Vultures, nests were very much connected to the location of nomad herders’ livestock throughout the country. The increasing vulture population is likely a response to the increasing number of livestock in Mongolia. Mongolia has over 80 mln head of animals that constitutes the main food source for vultures.

We started wing tagging Cinereous Vultures in 2002. More than 150 young vultures were marked with such wing tags for individual identification. Satellite tracking work started in 2006 with the deployment of Argos GPS satellite telemetry units on four adult vultures. This work revealed that every year hundreds of young vultures winter in South Korea where they find food at feeding stations established by South Korean conservation groups. 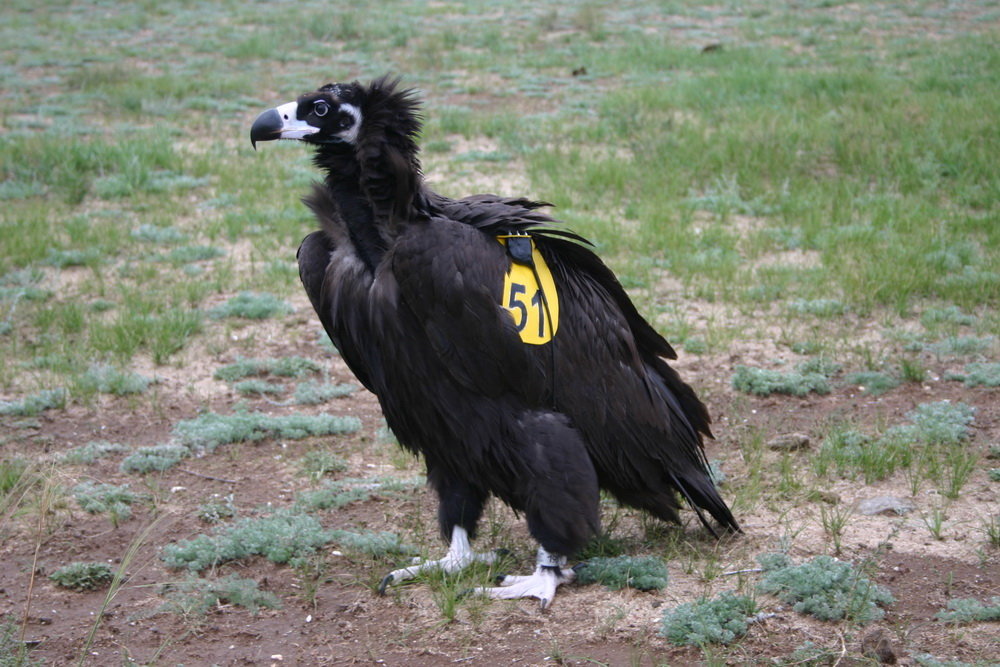 Although the situation in Mongolia is better during the breeding season, many vultures encounter starvation, electrocution, poisoning, and shooting during winter. We are working with ornithologists and birdwatchers in both Korea and Mongolia to safeguard their wintering environment with th support from the Cultural Heritage Administration and National Science Museum of South Korea and the Ministry of Nature, Environment, and Tourism of Mongolia.