The populations of Saker Falcons in Central Asia are under severe decline due to many years of unsustainable harvesting and illegal trapping for falconry use in Middle East. Today Mongolia remains as one of the countries supporting a significant population of Saker Falcons.

In Mongolia, Saker Falcons are threatened by various factors such as loss and degradation of steppe habitat through agricultural intensification or, in some regions grazing abandonment, decline in prey species abundance and/or availability, electrocution on power lines, poisoning, and unsustainable and illegal trapping and trade. 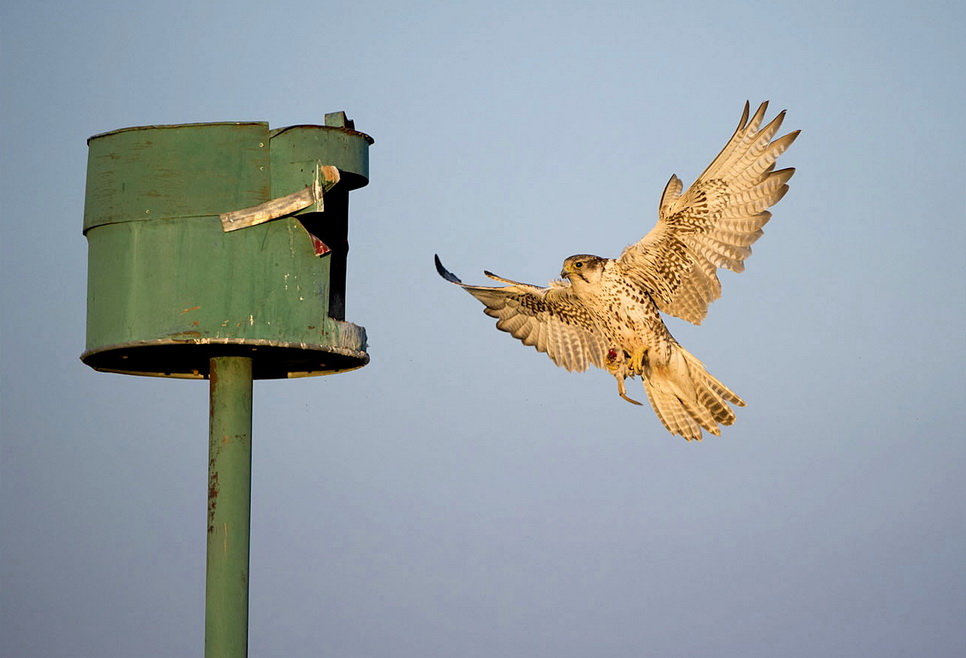 Our Saker Falcon research and conservation program is one of the most comprehensive and long running wildlife research programs in Mongolia. An international team of biologists is conducting various ecological studies and carrying out conservation works to save one of the most threatened falcon species, which is highly sought after for use in Arab falconry.

The main objective of our research activities in Mongolia is to monitor the wild population and develop a science-based model for sustainable harvesting of wild Saker Falcons using artificial nest sites as a means of increasing breeding productivity in nest-site limited habitats.

Number of Saker Falcons electrocuted on power distribution line is quite alarming in Mongolia. Estimated number of electrocuted Saker Falcons across Mongolia over one year is ca. 4,116 individuals (with 90% CI = 713-7,951 birds). Our researchers and conservation partners are cooperating with powerline engineers in all possible ways to stop raptor electrocution in Mongolia.

Mongolian Saker Falcon Conservation and Research program is supported by the Ministry of Environment and Tourism of Mongolia, and implemented with the major funding support provided by the Environment Agency of Abu Dhabi, UAE under a MoU signed between two countries.