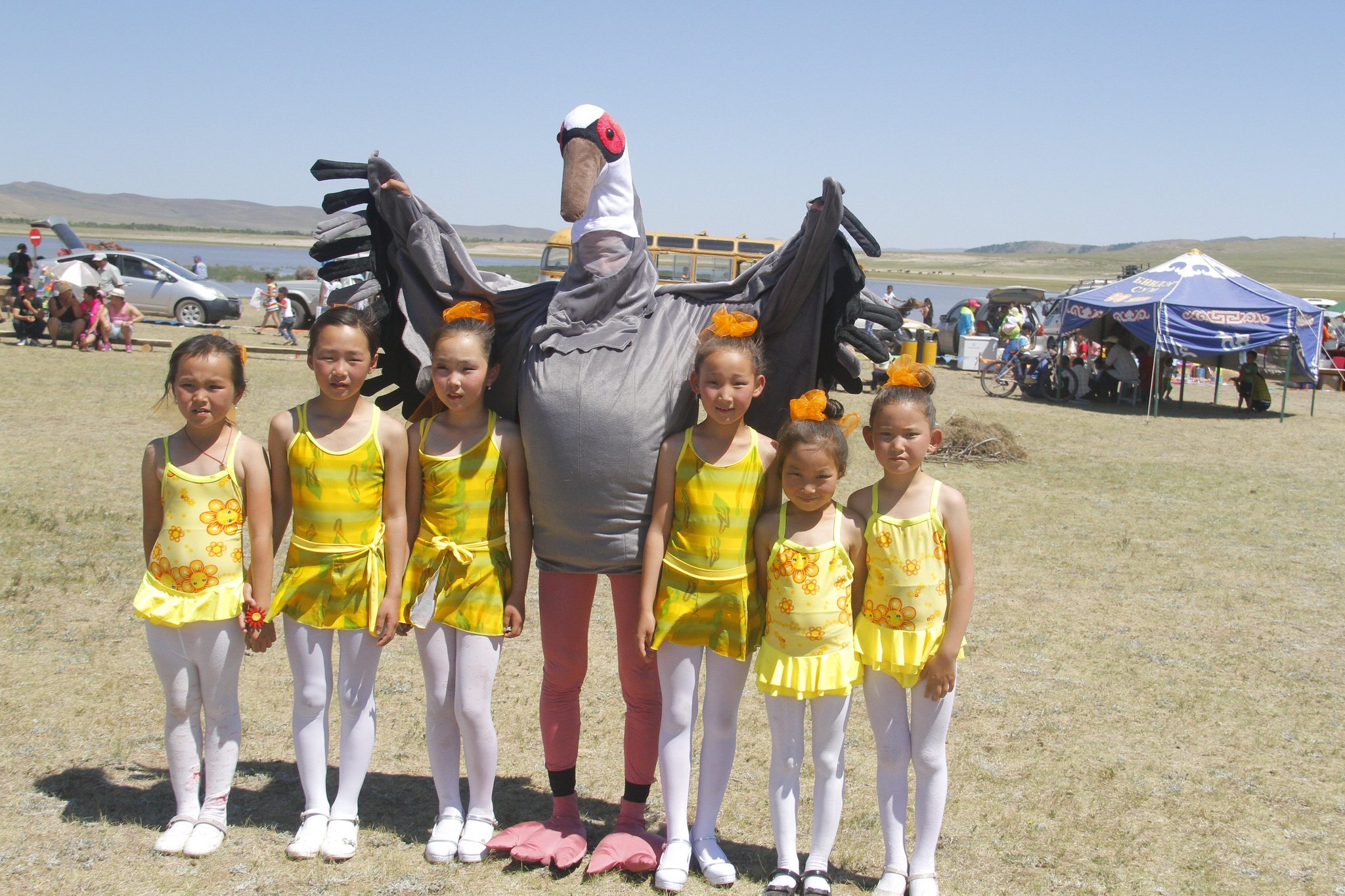 Every summer in June, local people in Mongolia celebrate the harmony between cranes and nomads. Something magic happens. 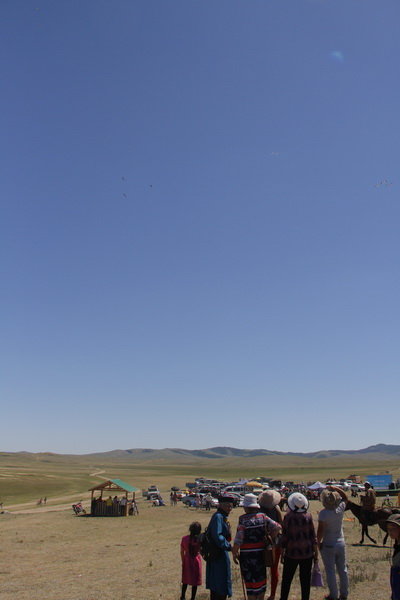 What better way to celebrate a Crane Festival than with the cranes flying overhead. This is exactly what happened during this year’s celebration. After four years of successfully organizing the Crane Festival, the Binder County administration decided to erect a monument dedicated to White-naped Cranes. Local artists swarmed in and worked on the project with great pride. Lack of funding delayed the project a bit, but did not stop the idea and determination of the people. After a month of construction, they completed the project. Now you can see the Mongolia’s tallest crane monument, 4.1 meters in height, standing on a small hill overseeing a steppe lake near Binder County. At first, it was only one giant White-naped Crane with six species of other cranes smaller in size, but later in July another White-naped Crane was added to make it a pair. The monument was officially opened during the crane festival with the local community members and visitors present.

During the opening ceremony something magical happened. After congratulatory speeches by several people, the silk cover wrapping of the monument was diligently removed. People cheered, fully enjoying the moment. All of sudden 3 Siberian Cranes, 3 Demoiselle Cranes, and 2 Eurasian Spoonbills took off from a nearby lake, came and circled serenely above the crowd three times and then returned to the lake. People wondered at first, then cheered with joy. Many believed it was a good will sign from the Mother Nature. It was seen as a big thank you message from nature. Surely, it would be impossible to train these wild birds for this event. 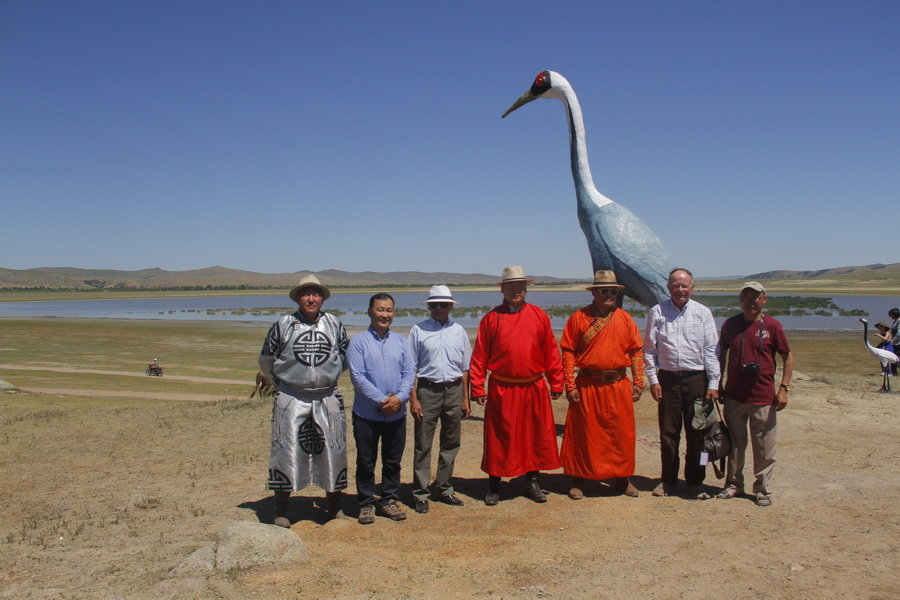 In general, the Crane Festival was full of wonderful activities. One of the most joyful things that we saw was the sheer number of kids and students participating in the event performing dances and theatrical shows about cranes, threats, environmental issues, and importance of conservation. The children performed very well and what they have prepared was so interesting that it even made the locals skip watching their favorite wrestling game and horse racing events since everyone was so attracted to the performance!
In addition, there was a section that displayed hand-made crafts, art and paintings with the theme of wetland issues and crane conservation. The artworks were all made by local people and school children from the families living in KKRVs and neighboring counties. From their works, we can see increased understanding of critical environmental issues such as wetland and water conservation and their concerns among local people. That is a good sign because we really want to see everyone thinking and acting in same way towards wetland and crane conservation. Every year more people joining us through the Mongolian Crane Festival. This year the number of attendees was about 300, similar as last year. However there were more tourists from Ulaanbaatar and other countries.

Myself, Dr. Archibald, and his friends from ICF, and our project team witnessed the whole event. It was truly inspiring to see the dedication of local community and their spirited leadership. We are happy to be part of this wonderful celebration of harmony between the nature and people.
We want to express our deep gratitude to Heather Henson who made a special contribution towards this year’s Crane Festival. With her generous support and inspiration, we were able to help teachers and students acquire materials to make costumes and practice dance routines, and to provide transportation costs to bring a bigger group to the festival. We are very grateful for her vision and long term support! by B.Nyambayar

Share
Related
News
Mongolia’s heaviest flying bird undertakes a long migration A team of researchers from the USA and Mongolia deployed satellite transmitters to monitor the movement of female Great Bustards captured at their breeding sites in northern Mongolia.
News
Mongolia's young but burgeoning bird ringing stations Our biologists are building a network of bird ringing stations in the country. We believe there is a huge potential for this network of ringing stations to contribute to science, conservation, and society in Mongolia.
News
Global Experts Fly In To Save Asia’s Biggest Bird The Asian population has declined in recent years and it is now thought that there are fewer than 2,500 individual birds left. The reasons for the decline include illegal hunting, changes in agriculture and the dangers posed by electric power lines. Experts from Central and East Asia and Europe convene for a meeting in Mongolia to develop action plans to save the species.