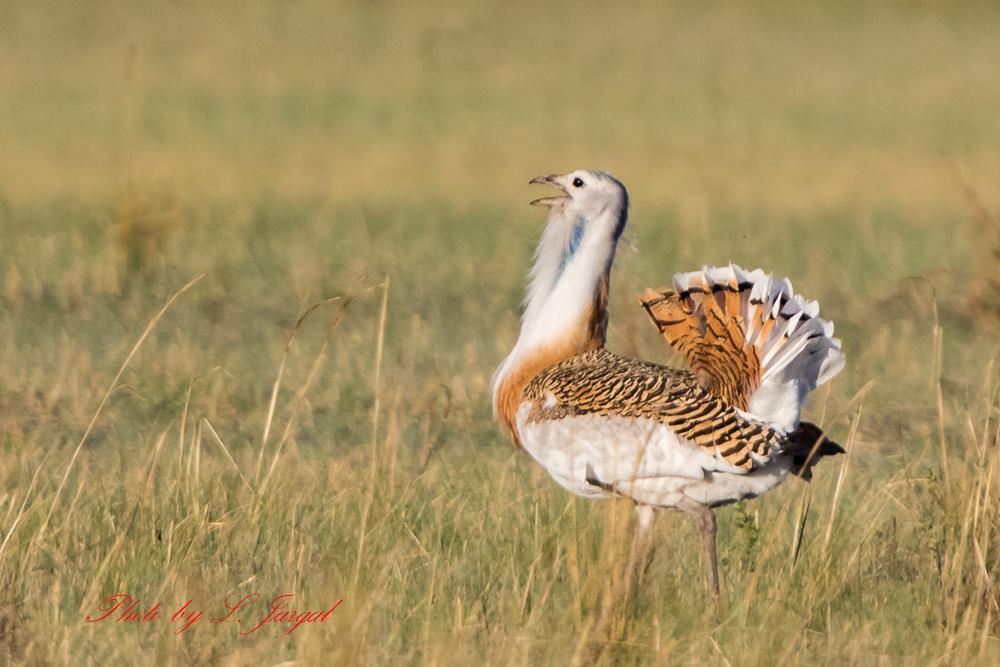 A team of researchers from the USA and Mongolia deployed satellite transmitters to monitor the movement of female Great Bustards captured at their breeding sites in northern Mongolia.

The Asian Great Bustard is an iconic species of the Eurasian steppes. They have incredible breeding display, in which the male transforms himself into a bright white ball of feathers. The species was once common across the grasslands of Mongolia. However, we estimate that now just 1500 individuals of this subspecies (Otis tarda dybowskii) remain across their large range in eastern Russia, Mongolia, and China.  Mongolia retains the most significant breeding populations of these birds.

Wildlife Science and Conservation Center of Mongolia collaborated with the Eurasian Bustard Alliance on the first research to map the long-distance migrations undertaken by Eastern Great Bustards. A team led by Dr Mimi Kessler captured wild female Great Bustards at their breeding sites in northern Mongolia and attached backpack Argos/GPS transmitters. The birds we tracked moved 2000 km from Hovsgol Aimag in northern Mongolia to overwinter in Shaanxi, China. They make multiple stopovers on the way, and complete their one-way journey in about two months. They spent the winter roaming over relatively large territories in the Yellow River.

Telemetry research has previously been carried out on the Western Great Bustard (Otis tarda tarda). In Europe, these birds are largely sedentary, and in the lower Volga River region, they make migratory journeys lasting less than a week. Astoundingly, we found that the AsianGreat Bustards we tracked make migratory movements twice as long as has previously been recorded! 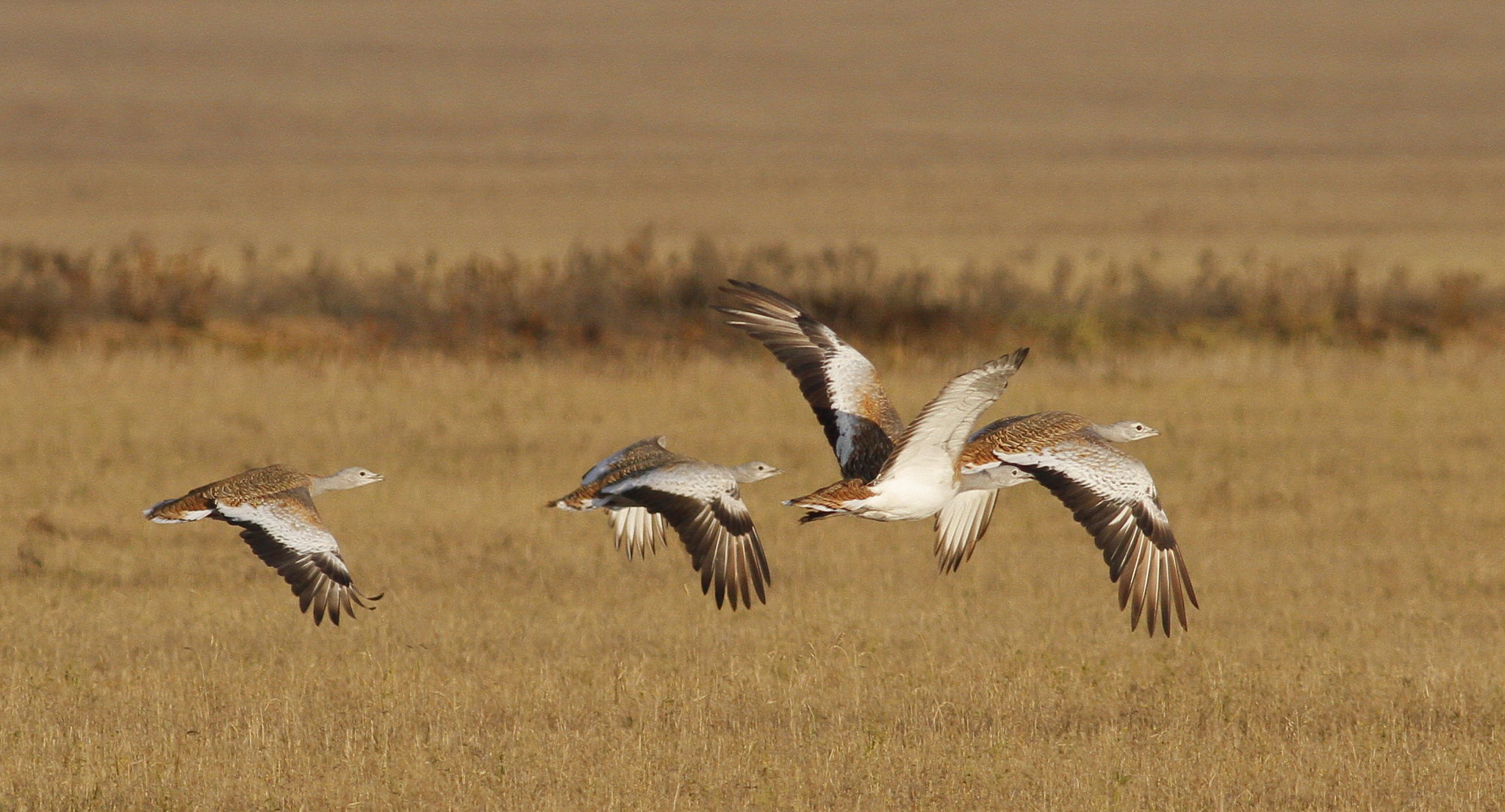 As Asian Great Bustards cover a large geographic territory and cross international boundaries, it is clear that their conservation will require efforts across a large geographic area. WSCC is working alongside EBA and the Government of Mongolia to facilitate international cooperation and to draw attention to the plight of this subspecies. This includes work to increase the level of protection for the Great Bustard under the Convention on Migratory Species.

Share
Related
News
Electrocution on medium voltage powerlines Thousands of birds of prey including the iconic saker falcons are electrocuted across Mongolia on powerlines. Researchers fight to stop the killing and find solution
News
Bromadiolone related non-target poisoning of Demoiselle Cranes in Mongolia The risk of accidentally poisoning non-target wildlife is a less spoken environmental problem in Mongolia. Birds often become the victim of such non-target poisoning. Recently an incident that involved an agricultural chemical called - Bromadiolone - killed Demoiselle cranes and Ruddy Shelducks in central Mongolia.
News
Nomadic Expeditions launches conservation partnership to protect golden eagles and support Mongolia’s cultural heritage We are partnering with the Nomadic Expeditions, the award-winning eco-tourism company, and the Peregrine Fund, a worldwide known raptor conservation organization, to protect the golden eagles and preserve our cultural heritage in Mongolia.