We are partnering with the Nomadic Expeditions, the award-winning eco-tourism company, and the Peregrine Fund, a worldwide known raptor conservation organization, to protect the golden eagles and preserve our cultural heritage in Mongolia.

Cranbury, NJ (May 27, 2020) – Nomadic Expeditions, the award-winning eco-tourism company specialized in luxury adventure travel to Mongolia and beyond, was founded with a belief that travel makes the world a better place when it is based upon environmentally-friendly practices, supports the protection of cultural and natural heritage, and directly contributes to the social and economic well-being of local people. Taking the principles of sustainable tourism to the next level, Nomadic Expeditions is proud to help fund a new research initiative led by the Wildlife Science and Conservation Center of Mongolia (WSCC) to support golden eagle conservation and cultural heritage preservation.

“Our organization is honored to partner with Nomadic Expeditions, as together we strive to keep the population of the golden eagle healthy and keep important traditions alive,” says Nyambayar Batbayar, Director of the Wildlife Science and Conservation Center of Mongolia.

The project will include a study of the golden eagle population in western Mongolia, along with a review of the cultural practices of hunting with golden eagles to support animal welfare guidelines and ensure that this spectacular bird of prey, and the festival that celebrates this ancient heritage, will have a long and sustainable future. 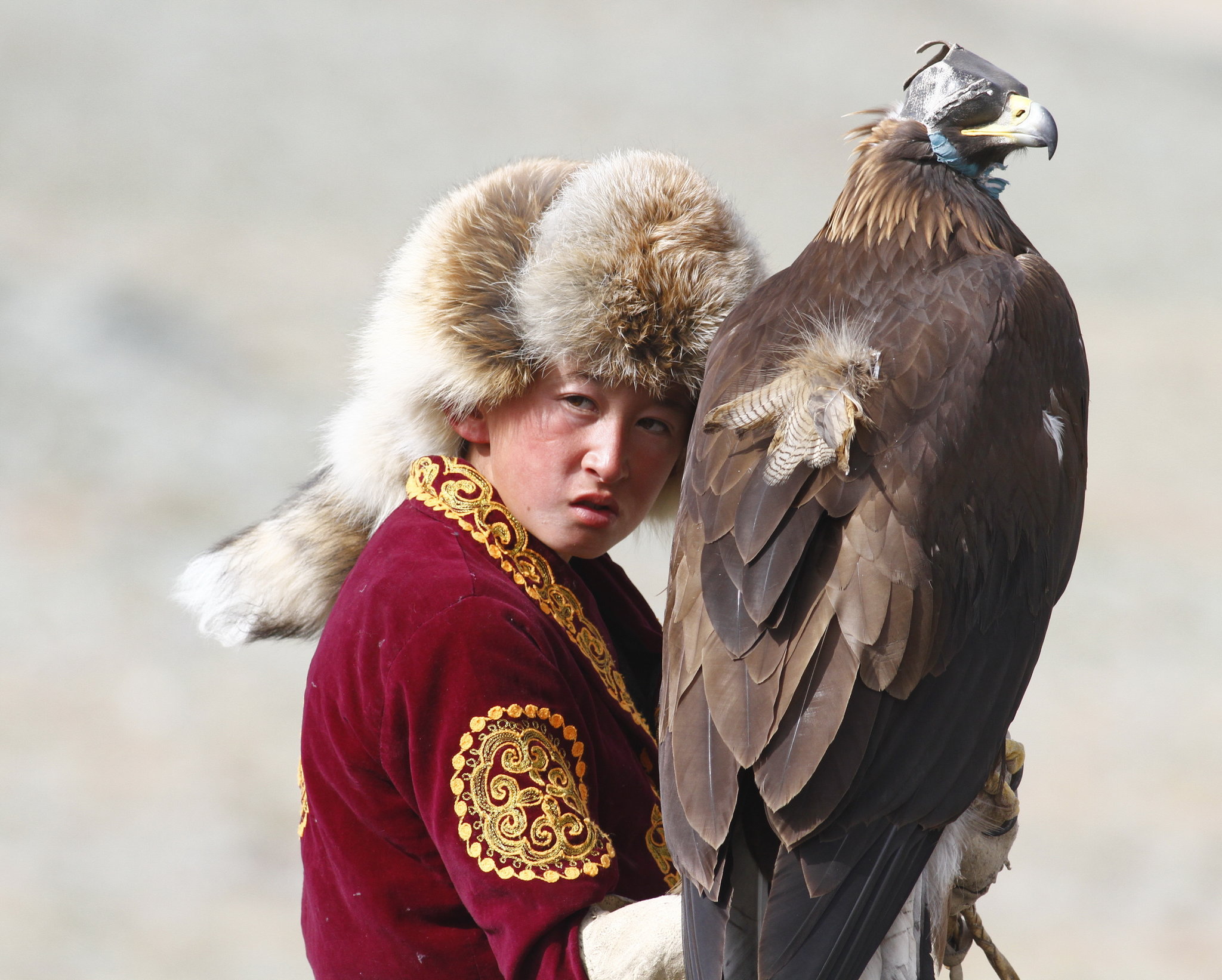 The research will contribute important data to the Global Raptor Impact Network operated by The Peregrine Fund, the world’s foremost global raptor conservation organization, to provide the latest data analytics tools and advice on conservation outcomes. “We are pleased to join with WSCC and Nomadic Expeditions to deliver cutting edge science to protect Mongolia’s golden eagles and cultural heritage,” says Dr. Rick Watson, President and CEO of The Peregrine Fund.

“Within me, there has always been an innate calling to protect and preserve Mongolian culture and wildlife. I am proud to partner with The Wildlife Science and Conservation Center of Mongolia to continue to expand our global conservation footprint and protect the region that so many call home” said Jalsa Urubshurow, Nomadic Expeditions’ founder and CEO.

In 1999, Urubshurow co-founded Mongolia’s famed Golden Eagle Festival with three local Kazakh men, Kazbekh, Edelkhan, and Meduykhan. At the time, despite Mongolia having a rich history related to falconry dating back to 1000 BC, the traditions were being fast forgotten and there were fewer than 50 families in Mongolia that still maintained the ancient tradition of hunting with golden eagles. Jalsa’s vision in creating the festival was that it would help to preserve one of the world’s oldest and most unique cultural heritage. The festival features competitions testing the speed, agility, and accuracy of the Kazakhs, who ride on horseback with their eagles as they have done for centuries. Ceremonies, a parade of hunters, and competitions are held to honor the continuation of the national falconry tradition, which was also inscribed in 2010 by UNESCO as a living human heritage.

Today, there are more than 300 ethnic eagle hunters in Mongolia and the cultural renaissance is a testament to the Golden Eagle Festival, which celebrated its 20th anniversary in 2019 and continues to attract travelers from around the world who come to witness the ancient tradition of falconry firsthand. Eco-tourism continues to help bring vital economic stimulus to a region where most people have limited access to schooling, medical care, electricity, water and sanitation, roads, and other essential public services. While the art of golden eagle falconry in Mongolia has historically been a “men’s only” tradition, since the founding of the festival, young girls and women have not only become proficient in the art but have even become skilled enough to partake in the festival competition and win the coveted trophy. In 2015, Aisholpan, a young 13-year-old girl, became the champion. Her story was made into an award-winning documentary movie (The Eagle Huntress) and has been a source of inspiration to many women and girls all over the world.

Nomadic Expeditions is headquartered in Cranbury, New Jersey and Ulaanbaatar, Mongolia. Founded in 1992, Nomadic Expeditions pioneered luxury adventure travel to Mongolia and has since expanded to the neighbouring countries and much of South Asia. The company's commitment to immersive experiences coupled with its sustainable tourism practices has earned it many awards from international media and non-profits. Nomadic Expeditions also built, owns, and operates Three Camel Lodge, an eco-lodge in the Gobi Desert. This founding member of National Geographic Unique Lodges of the World offers an elevated take on the traditional nomadic lifestyle with its Buddhist temple-style lodge and Gers or tented nomadic dwellings. To learn more about Nomadic Expeditions, please visit: www.nomadicexpeditions.com.

About the Peregrine Fund

The Peregrine Fund was founded in 1970 to restore the then critically endangered Peregrine Falcon, which was subsequently removed from the U.S. Endangered Species List in 1999. Today they apply their  experience to raptor conservation efforts on behalf of 140 species in 66 countries worldwide, including the Bald Eagle, California Condor, and Aplomado Falcon in the United States. The Peregrine Fund changes the future for nature and humanity by conserving birds of prey worldwide. Whether the threat is poisoning, habitat loss, human persecution, or any other cause, we use sound science to tackle the most pressing conservation issues head-on.  We accomplish high impact results by preventing raptor extinctions, protecting areas of high raptor conservation value, and addressing landscape-level threats impacting multiple species. As a catalyst for change, we inspire people to value raptors and take action, and we invest in tomorrow's conservation leaders.  By working with communities around the world to protect the wildlife and habitats on which they depend, we are able to create lasting conservation results while improving people’s ways of life.  Support for our work comes from individual donors, corporations, foundations, and government grants. For more information visit:  www.peregrinefund.org

Share
Related
News
The shocking effects of power distribution on Saker Falcons in the Mongolian steppes Young falcons are particularly susceptible to electrocution. Also the sex of electrocuted adult Sakers suggests a possible male-biased sex ratio among adult Saker Falcons in Mongolia. Consequently, the electrocution threatens the long term survival of the species in one of its last remaining strongholds.
News
First GPS tracking study of the Dalmatian Pelican in East Asia GPS tracking of highly threatened Dalmatian Pelicans in East Asia reveals some amazing journeys along the flyway. We very much hope that this study will lead to population recovery of this subpopulation in East Asia.
News
Quest for the migration of Mongolian birds Our biologists are advancing bird migration research in Mongolia through use of state-of-art animal tracking technologies and international collaboration.