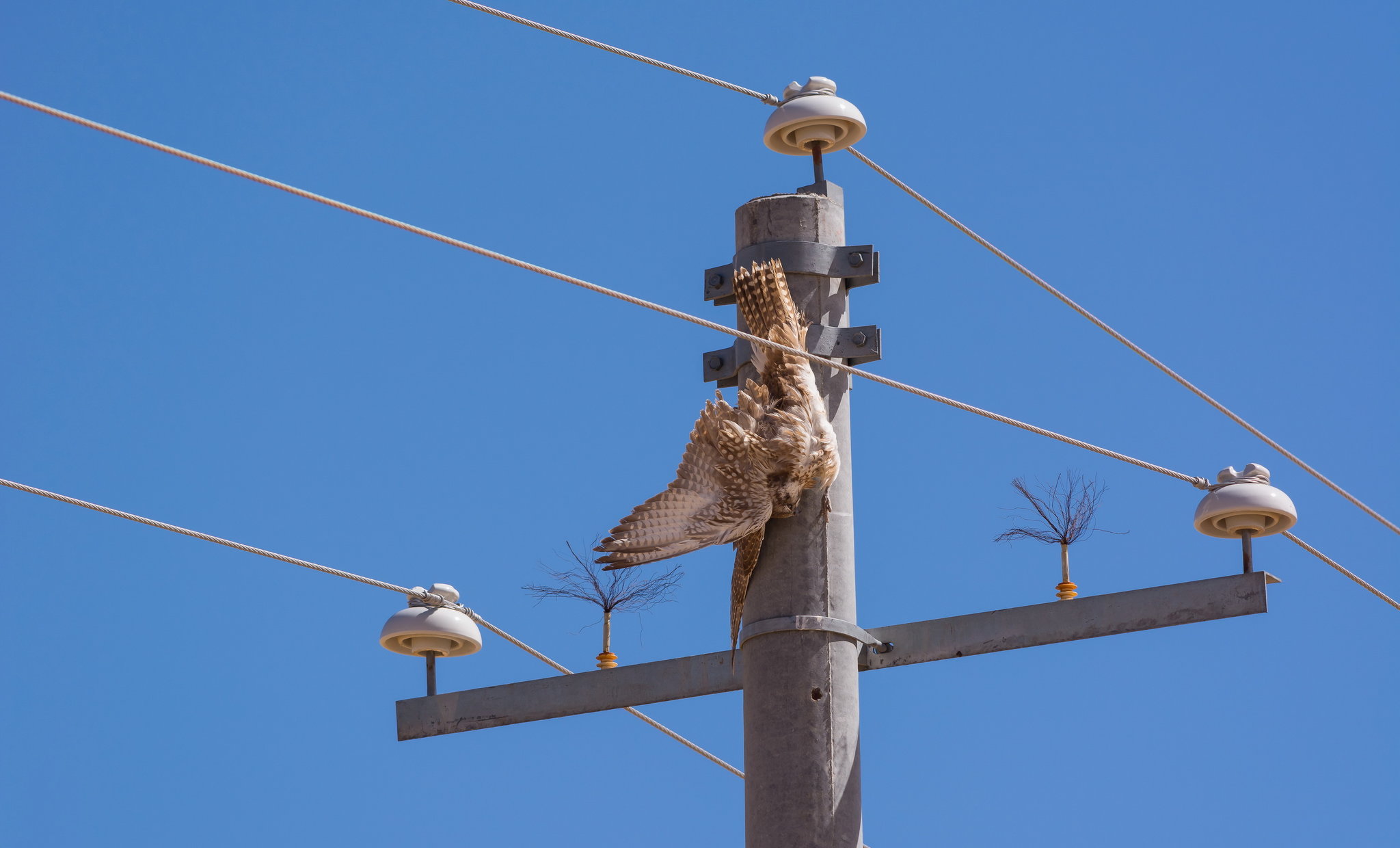 Thousands of birds of prey including the iconic saker falcons are electrocuted across Mongolia on powerlines. Researchers fight to stop the killing and find solution

Electrocution in the Mongolian steppe is resulted from birds contacting live conductor cables either when perched at the top of the grounded steel-reinforced concrete pole or when perched on the steel crossarm. A faulty design approved by government agencies and lack of government regulations to ensure safety of birds and transmission lines are to blame for this massive scale raptor electrocution in Mongolia.

In March 2017, we organized first national workshop on raptor electrocution in Ulaanbaatar bringing together power line engineers, conservation organizations, and scientists to discuss the issue. Participants delivered a series of recommendations to the government for actions. Eventually, much needed support became available from different sources and many important actions are being taken at all level.

Share
Related
News
Quest for the migration of Mongolian birds Our biologists are advancing bird migration research in Mongolia through use of state-of-art animal tracking technologies and international collaboration.
News
Crane experts visit northeast Mongolia In summer of 2012, a group of crane experts and conservationists from North America and Europe visited Mongolian northeast to help us to carry out field surveys and public awareness activities on white-naped cranes. The visit was organized with the support from the International Crane Foundation led by the co-founder Dr. George Archibald.
News
Cuckoos - the ambassadors for science and environmental education Five cuckoos were fitted with transmitters in Khurkh Valley. The birds have been named by local schools who will follow “their” birds to learn about the migration route and wintering grounds of cuckoos.