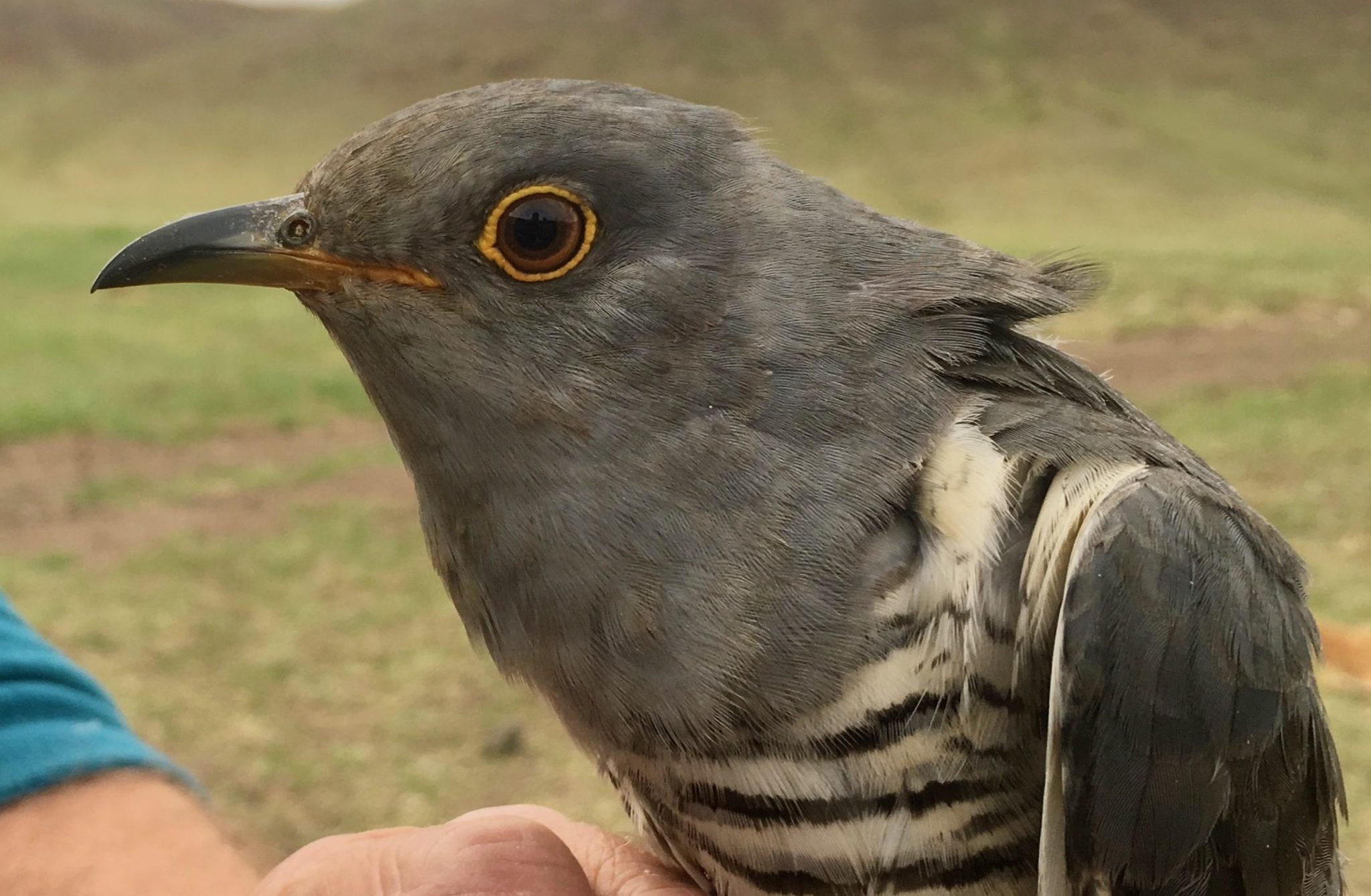 Cuckoos - the ambassadors for science and environmental education

Five cuckoos were fitted with transmitters in Khurkh Valley. The birds have been named by local schools who will follow “their” birds to learn about the migration route and wintering grounds of cuckoos.

In June 2019, five cuckoos – one Oriental Cuckoo and four Common Cuckoos – were fitted with transmitters around Khurkh Bird Ringing Center in northern Mongolia.  The birds have been named by local schools who will follow “their” birds to learn about the migration route and wintering grounds of these amazing travellers. You can follow them, too, by checking this page Mongolia Cuckoo Project and by following @BirdingBeijing on Twitter.

The British Trust for Ornithology's cuckoo experts arrived in Khurkh Valley after an eight-hour drive from Ulan Bator on 5 June 2019. At the site they were greeted by a Mongolian team and volunteer bird ringers. Researchers deployed their first transmitter to their first cuckoo the next day and it turned out to be an Oriental Cuckoo. No one had tracked this species before. 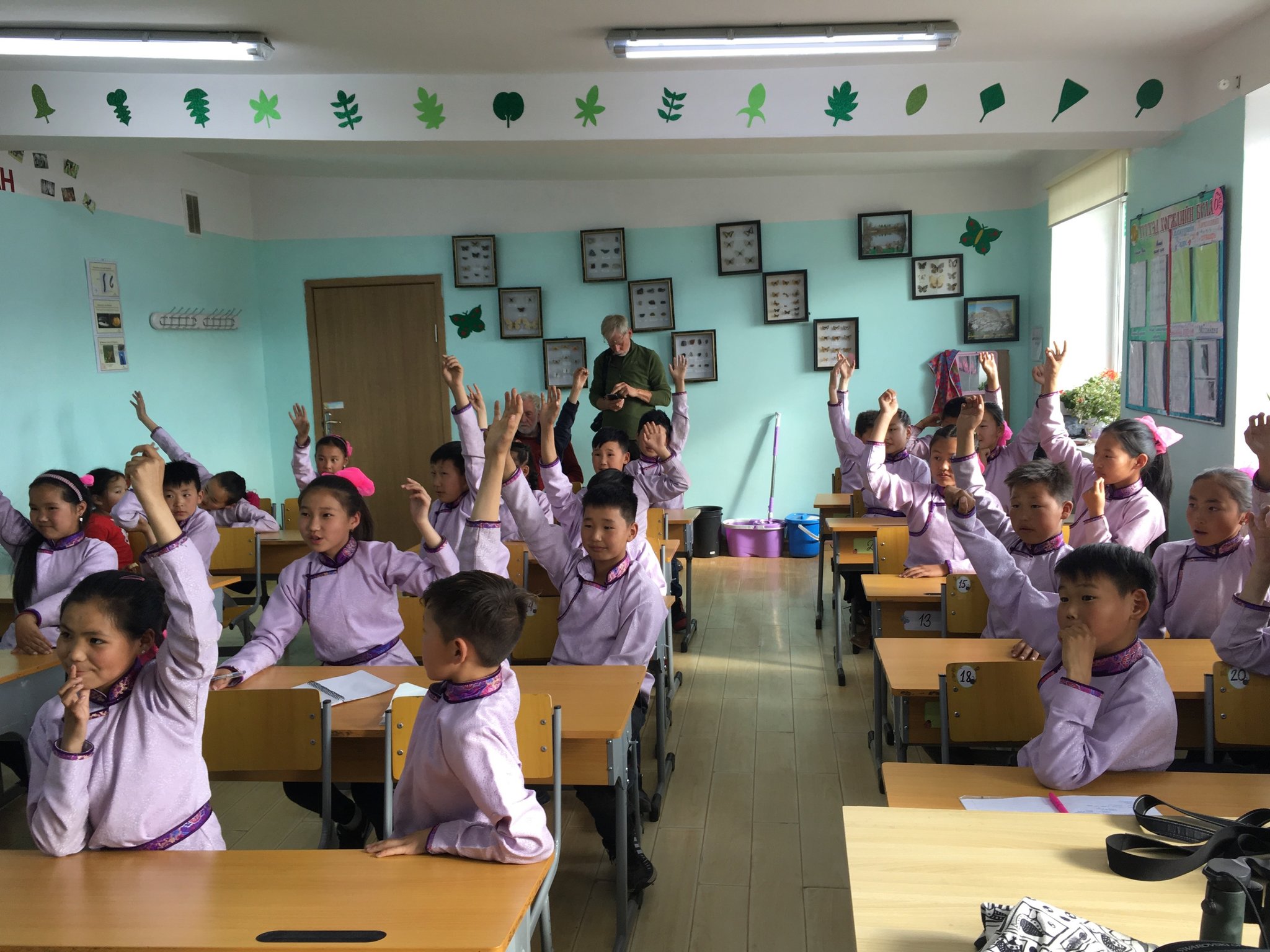 After three days in the field deploying all five transmitters, the Mongolia Project Team visited local schools in Khurkh and Binder to speak to students about the cuckoo tracking project and to ask them to nominate names for the cuckoos. Students suggested many names and later voted in their class. Finally the names of cuckoos were revealed as Nomad, Khurkh, Namjaa, Bayan, and Onon. 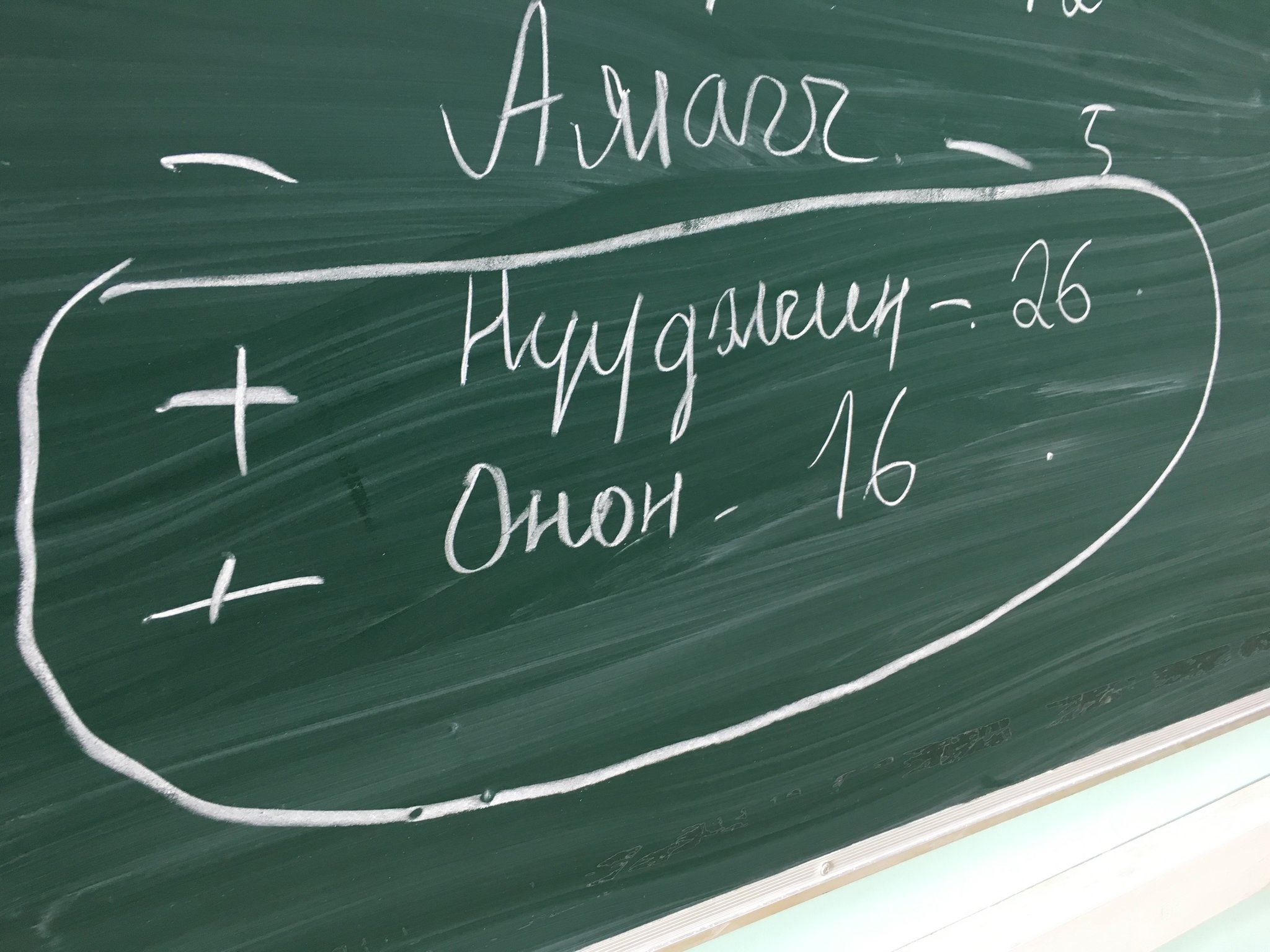 As of December 2019, three of the Mongolian Cuckoos - BAYAN, ONON and NAMJAA - are in Kenya, having made perilous crossings of the Arabian Sea to Oman, Ethiopia and Somalia.  We expect them to remain in East and Southeast Africa for the northern winter.  Unfortunately we have not received signals from NOMAD, the Oriental Cuckoo, or Captain KHURKH for several weeks, a reminder that migration is hazardous, requiring exceptional endurance and plenty of suitable stopover sites where the birds can refuel and rest.  However, the temperature data from the most recent signals indicated they were both alive, so we still hold out hope that their tags will kick into life. 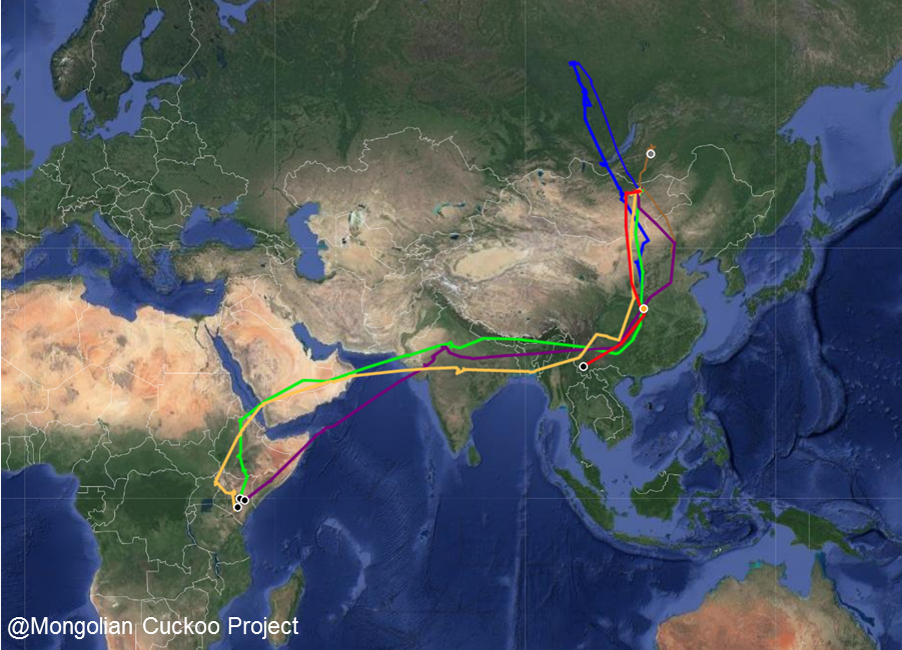 The Mongolia Cuckoo Project is a joint initiative by the Wildlife Science and Conservation Center of Mongolia and the British Trust for Ornithology, facilitated by Birding Beijing and generously supported by the Oriental Bird Club and Mr Dick Newell.

Share
Related
News
Nomadic Expeditions launches conservation partnership to protect golden eagles and support Mongolia’s cultural heritage We are partnering with the Nomadic Expeditions, the award-winning eco-tourism company, and the Peregrine Fund, a worldwide known raptor conservation organization, to protect the golden eagles and preserve our cultural heritage in Mongolia.
News
Bromadiolone related non-target poisoning of Demoiselle Cranes in Mongolia The risk of accidentally poisoning non-target wildlife is a less spoken environmental problem in Mongolia. Birds often become the victim of such non-target poisoning. Recently an incident that involved an agricultural chemical called - Bromadiolone - killed Demoiselle cranes and Ruddy Shelducks in central Mongolia.
News
A magical crane festival with wild bird participation Every summer in June, local people in Mongolia celebrate the harmony between cranes and nomads. Something magic happens.