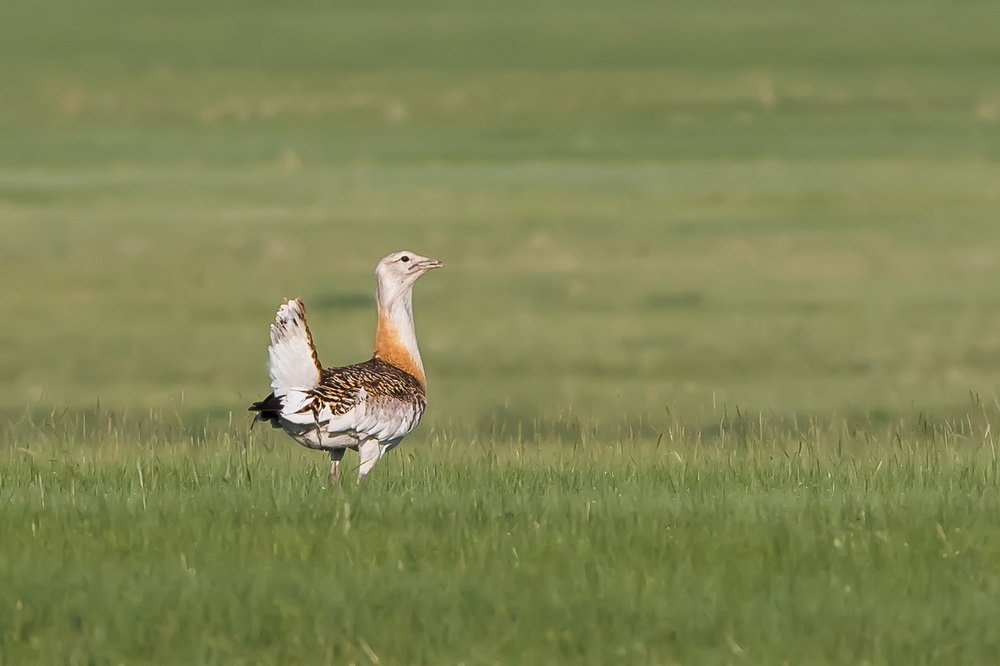 Global Experts Fly In To Save Asia’s Biggest Bird

The Asian population has declined in recent years and it is now thought that there are fewer than 2,500 individual birds left. The reasons for the decline include illegal hunting, changes in agriculture and the dangers posed by electric power lines. Experts from Central and East Asia and Europe convene for a meeting in Mongolia to develop action plans to save the species.

Great Bustard experts from across the globe met in Ulaanbaatar from 24 to 30 May to plan the conservation of the Great Bustard in Asia. The Great Bustard is the heaviest bird capable of flight and in Asia  are even rarer than snow leopards. The conference hosted experts from nine countries, including China, Kazakhstan, Kyrgyzstan, Mongolia, the Russian Federation, Tajikistan, Uzbekistan, the United Kingdom and the USA, and included contributions from Iran and Turkmenistan. 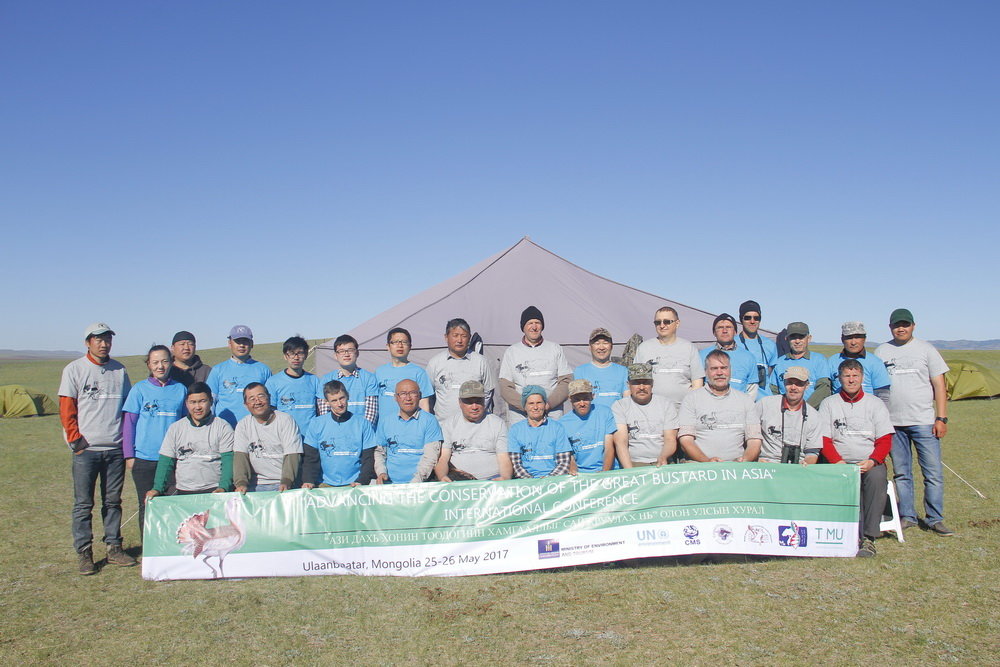 Western European Great Bustard populations are now either stable or increasing but in the east there is conservation concern as the numbers are declining. The conference concentrated on identifying the threats to the birds at different times of the year in breeding, stopover, and wintering sites, and on international cooperation to remove or reduce these threats. Major threats to the species in Asia are illegal hunting and poisoning for meat, and loss of habitat in certain areas. 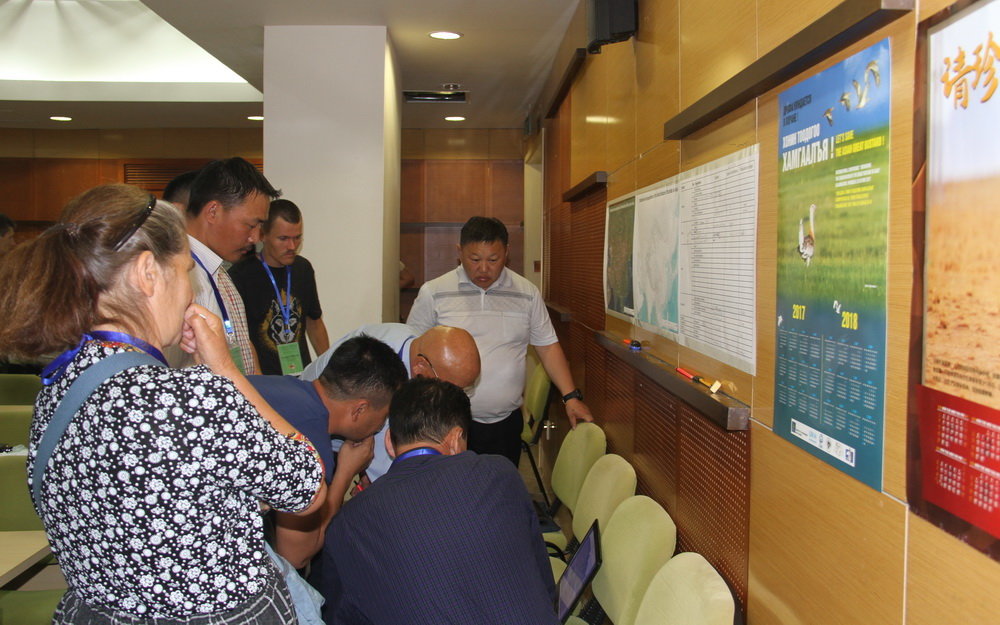 The conference was supported by the Mongolian Government and organized by the Wildlife Science and Conservation Center of Mongolia and the Eurasian Bustard Alliance. The meeting was possible thanks for funding provided by the Trust for Mutual Understanding, an American organization that promotes cooperation among Central Asian States.

Dr. Borja Heredia, Head of the Avian Species Unit at the CMS Secretariat said “This meeting is a milestone in terms of initiating a process of cooperation for the conservation of a severely threatened species. The Great Bustards cross international boundaries during their migration and coordination of conservation measures between countries is needed to be effective”.

Share
Related
News
Cuckoos - the ambassadors for science and environmental education Five cuckoos were fitted with transmitters in Khurkh Valley. The birds have been named by local schools who will follow “their” birds to learn about the migration route and wintering grounds of cuckoos.
News
Crane experts visit northeast Mongolia In summer of 2012, a group of crane experts and conservationists from North America and Europe visited Mongolian northeast to help us to carry out field surveys and public awareness activities on white-naped cranes. The visit was organized with the support from the International Crane Foundation led by the co-founder Dr. George Archibald.
News
Mongolia’s heaviest flying bird undertakes a long migration A team of researchers from the USA and Mongolia deployed satellite transmitters to monitor the movement of female Great Bustards captured at their breeding sites in northern Mongolia.