Mongolia”s  Khurkh and Khuiten River Valley is a famous Ramsar site. The area supports five species of cranes including the highest nesting density of White-naped cranes across their breeding grounds in Mongolia, China, and Russia. Other crane species that breed in this area are Eurasian Crane and Demoiselle crane. Non-breeding Siberian and Hooded cranes visit the site regularly each spring and summer. 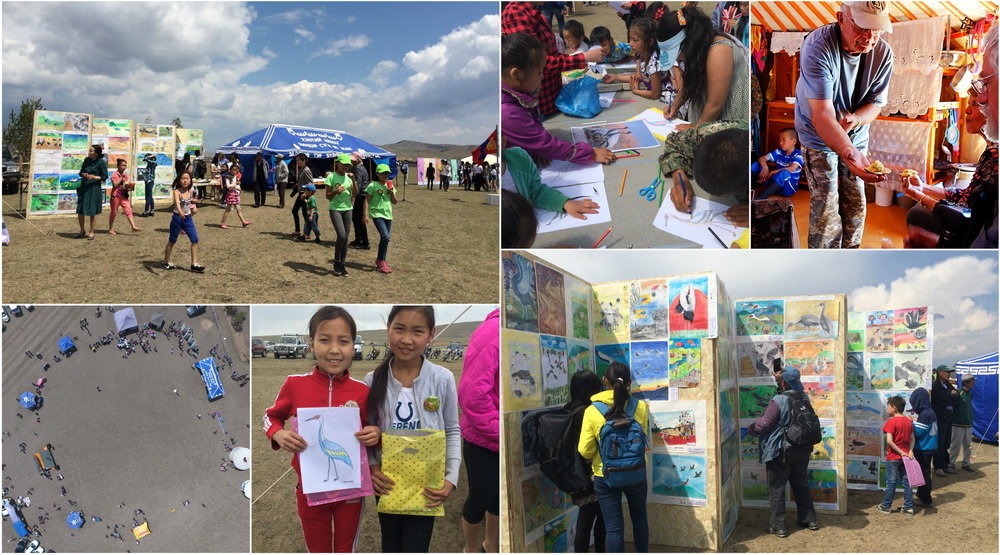 Since 2013,  the local people and guests from other areas, have celebrated the beauty and well-being of cranes inhibiting the Khurkh and Khuiten River Valley. The annual Crane Festival is held in Binder county, Khentii province. Organizers and supporters initiated the event to improve understanding of cranes and their needs.

The Festival has grown over the years with participants attending from across Mongolia and other countries.
During the Crane Festival, you will experience Mongolian hospitality and learn about the cranes through performances by children of stories, songs, and dances about cranes. You can also see beautiful wild cranes in nearby wetlands through tours led by local crane experts. Horse racing, wrestling, archery also fill the day with color. The festival is a voice for the conservation of cranes and their grassland wetland habitats now threatened by overgrazing, industrialized agriculture, and climate change.